How can I integrate and display custom web code and sites with the DatabeatOMNI Digital signage Platform ?

DatabeatOMNI publishing platform offers multiple sources of information to be displayed on digital signage screens. By allowing users to add coded content with or without video and pictures the platform is extremely versatile and powerful.

Preview in DatabeatOMNI of an RSS web widget redesigned template on a video background.

About Databeat Platform and players

How to Display web code with Databeat Technologies

The codes that can be used to display web content of various sorts with Databeat technologies are HTML, Cascades Stylesheets (CSS) and Javascript (JS).

The DatabeatOMNI platform is where users manage and organise their content, locations, players and users. It sits on the Microsoft Azure cloud and is "all web". Users are encouraged to authenticate with the Microsoft Office 365 or Google G-Suite accounts.

The OMNIplayers (OMNIplay, OMNIcast and DatabeatTV) software sits on the player-side. They are thick clients that are installed on each CPU where playback according to the schedules and layouts from DatabeatOMNNI is executed.

The devices have their own web browser/web engine and one should know that these engines may restrict technologies that will work. This is not a limitation in the Databeat OMNIplayer technologies. For instance, older models om Android, Samsung Tizen and LG webOS will not support Javascript ES6, ES5 will be required. One should know what destinations the desired result is supposed to work on.

How to display web code with Databeat technologies?

The DatabeatOMNI user section shows all users including their group belongings. A user must be a Code user </> to be able to access code widgets and templates.

Typically Template enabled widgets will have a combo icon to select widgets, and a code icon to write/edit code (available for coder role users only). Here the RSS widget. Code users will be able to make their own design built on the DatabeatOMNI RSS parser engine.

The Template Editor contains a UI familiar to coders who can embed their code and do simple modification directly. The bottom line contains sample code to be downloaded and downloadable guidelines (pdf files). 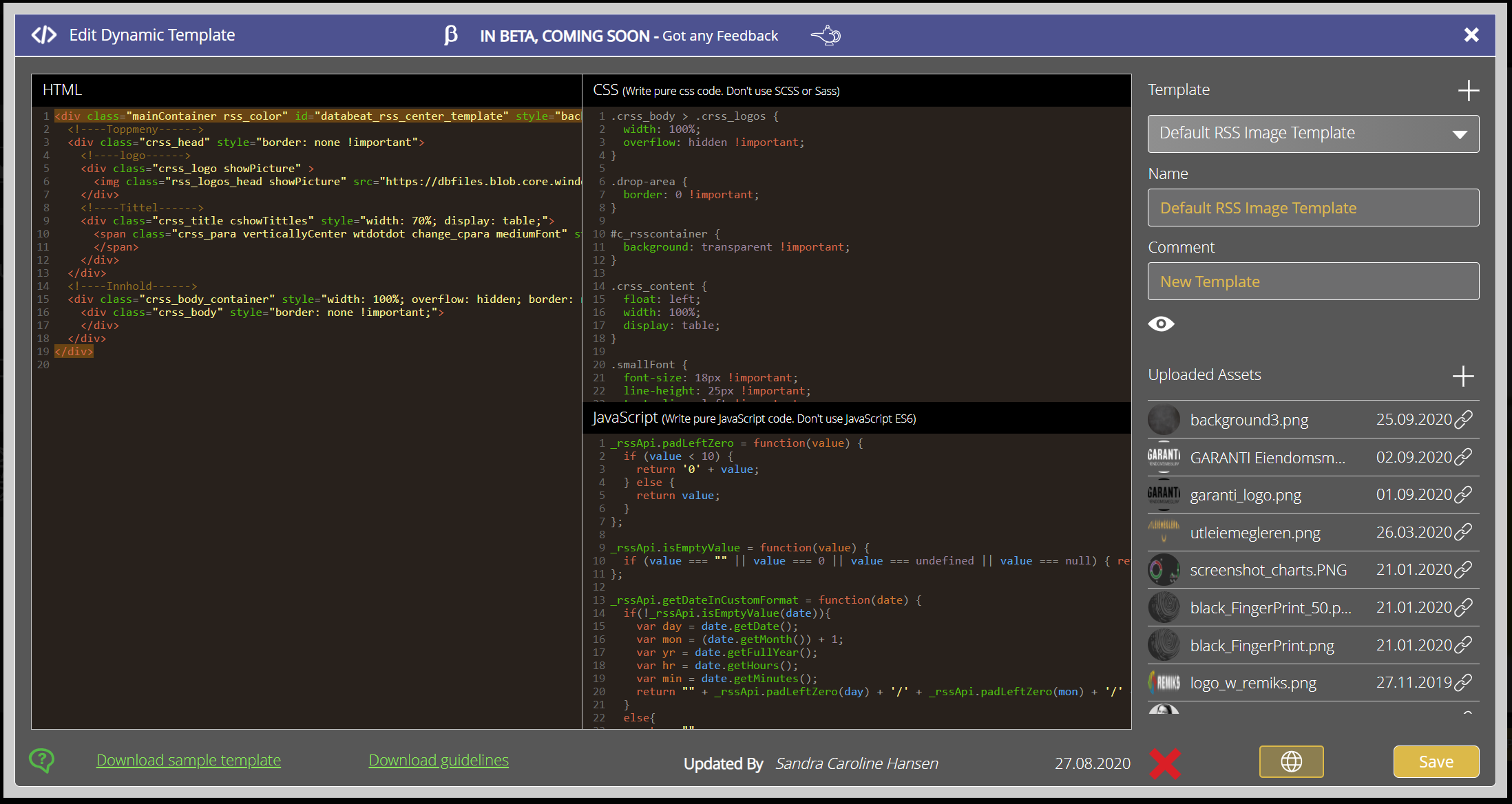 The Code widget allows code role only users to add their own code by copy and paste. It processes the code (CSS, JS or HTML) directly. This should be used by experienced programmers as the code is executed directly and may crash the host
(the respective Databeat OMNIplayer software). 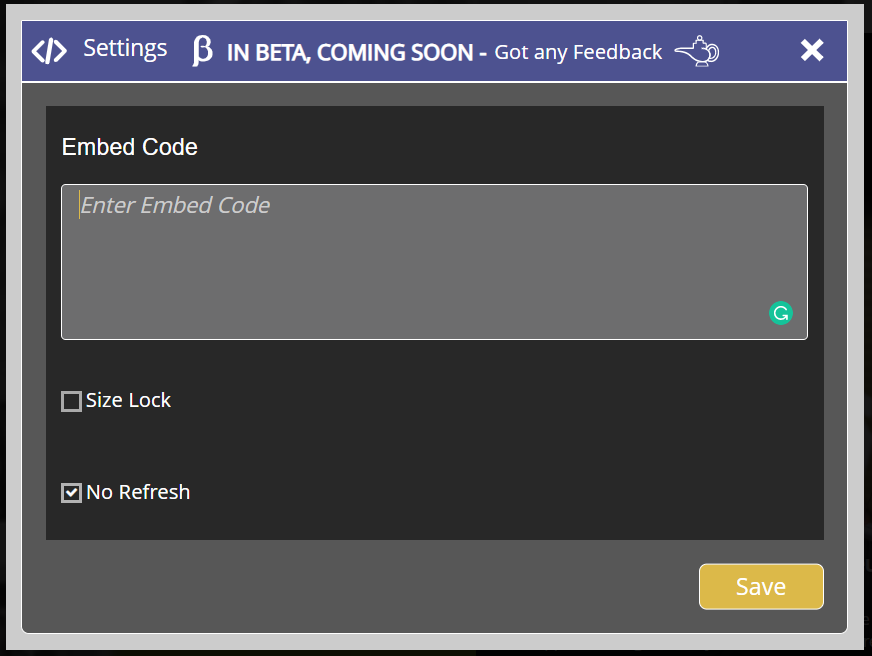 Some may prefer to host their own webpage and display it frameless. (web in web) The web widget allows users to do it directly by adding the URL directly. This must be a webpage that is hosted on an external web server, either on the internet or the customer's internal network (intranet) for internal-only content. Iframe is a w3c standard that offers is more protection what the webpage can and cannot do (outside its frame). Iframe is a very simple and efficient way of integration, customers will have complete control of the content, like design and responsiveness.